We will be open on December 6th and December 13th. Then, as we have done in the past, we will be taking a winter break. We will be closed from December 20th thru the months of January and February. We will re-open on Sunday, March 7th.

Get a close up look at various storage options for your family heirlooms, from photo-graphs to newspaper clippings, books to textiles. We’ll talk a little about the science behind “archival-quality” and then show you various boxes, binders, and enclosures and how to safely pack objects. We’ll have plenty of time for questions so you’ll leave with storage recommendations for your own collection.

This program will be outside in the shade of our back yard. Please bring your own lawn chair and a mask. Social distancing will be maintained and hand sanitizer and plastic gloves will be available if you wish to touch any of the storage options.

Kate Jacus is the marketing coordinator at Archival Methods, a local manufacturer and supplier of archival storage and presentation products. She is also the founder of The Photo Curator, LLC, and a certified professional photo organizer helping families and businesses manage their photo and heirloom collections. She was our guest at the June 9th Zoom presentation.

Since it appears likely that our September program, The History of Seneca Park Zoo, will be presented via Zoom, we have invited Maureen Whalen, the author of the first and only comprehensive history of the zoo and a long-time Society volunteer, to sell copies of her book on Sunday, July 12 between 1:30 and 3:30 pm at the museum. We will be following social distancing and masking guidelines. Maureen will be selling the books from the front porch of the museum and visitors will be able to stay outdoors while waiting to purchase a copy. The history retails for $25.00 and a portion of the sale of each book will go to the Greece Historical Society.

Selections of other books from our Museum shop will also be available that day. Cash or personal checks only. 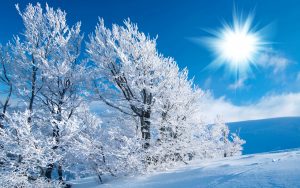 The Greece Museum will be closed on Sundays from December 22nd through February 23rd. We will re-open to the public on March 1, 2020.

During this time, we will maintain our regular Monday office hours. We will conduct our annual meeting on Thursday, January 16, at our historic center and will also conduct Tuesday evening programs at the Greece Public Library on January 14 and February 11. View our calendar in the Upcoming Events section for details.

We would like to thank our members, friends and sponsors for the successful 50th anniversary celebration dinner held on Saturday, October 26 at Red Fedele’s Brook House. Nearly 80 guests helped us with our celebration.

We would especially like to thank our government officials: Monroe County Executive, Cheryl Dinolfo, Monroe County Clerk Adam Bello, NY State Senator Joe Robach, and NY State Historian Devin Lander, all of whom took time from their busy schedules to attend our event and offer a few words of congratulations. (photos below by Gina DiBella) 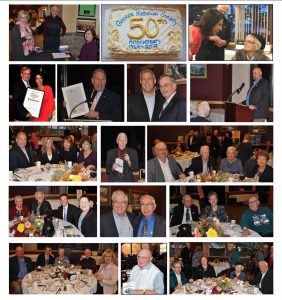 This year, the Greece Historical Society is celebrating the 50th Anniversary of its founding.  Your support over the years has played a vital role in the success of our mission, which is “to preserve the past for the future.”

To those of you who have purchased tickets to our celebration dinner, we look forward to seeing you on Saturday, October 26th at Red Fedele’s Brook House, 920 Elmridge Center Drive in Greece.

The evening will begin with a cash bar Cocktail Hour at 5:00 p.m. For your listening pleasure, music will be provided by Richard Tosti, followed by a Buffet Dinner at 6:00 p.m. Guest speakers will include New York State Historian Devin Lander.  Historical displays, a raffle drawing, and a commemorative booklet will also be part of the evening.

Tickets had to be purchased prior to the event.

Attire for the dinner is business casual. 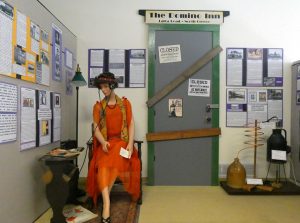 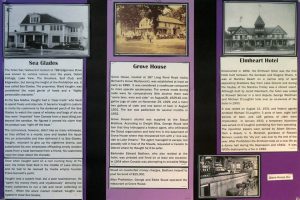 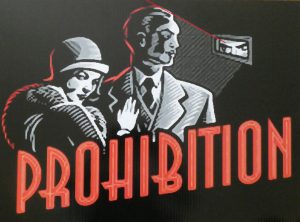